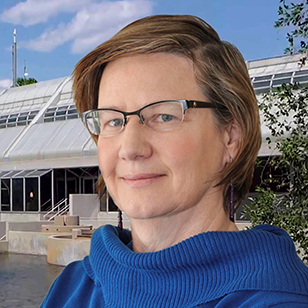 L. Jean Camp, a professor of informatics at the Luddy School of Informatics, Computing, and Engineering, has been named a Fellow of the Association for Computing Machinery.

The ACM Fellows program recognizes the top one percent of ACM Members for their outstanding accomplishments in computing and information technology and/or outstanding service to ACM and the larger computing community. Fellows are nominated by their peers, with nominations reviewed by a distinguished selection committee. Camp was recognized for her contributions to computer security and eCrime measures.

“It is an honor to be among those selected for this recognition, and I accept it with deep gratitude,” said Camp, who is also the director of the Center for Security and Privacy in Informatics, Computing, and Engineering. “I have great hope that I will be able to accept in person in June at the ACM meeting in San Francisco and that everyone with celebrations is similarly able to return to them safely by then.”

Camp’s research focuses on the intersection of human and technical trust, leveraging economic models and human-centered design to create safe, secure systems. Her early contributions in the interdisciplines of economics of security, user-centered security, risk communication, and online trust underlie her applied research in the domains of IoT, authentication, secure networking, eCrime, public policy, ethics in computer science, and a few works on applied cryptography.

“Jean has long been a groundbreaking member of the Luddy faculty, and she’s richly deserving of being named an ACM Fellow,” said Dennis Groth, interim dean of the Luddy School. “Security and risk assessment in computing is critical to the development of so many new avenues in technology, and Jean’s research in that area not only makes a real-world impact but also sets an example for other researchers.”