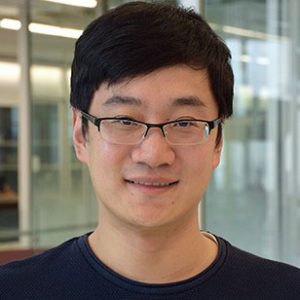 Luyi Xing, an assistant professor of computer science at the Luddy School of Informatics, Computing, and Engineering, has been awarded a National Science Foundation Faculty Early Career Development (CAREER) Award.

The CAREER award supports early career faculty who have the potential to serve as academic role models in research and education and to lead advances in the mission of their department or organization. Xing’s proposal, “Foundations for IoT Cloud Security,” will improve the security of Platform-as-a-Service and Infrastructure-as-a-Service IoT clouds that underlie the wide array of smart home, health, industrial, smart city, retail, and critical infrastructure upon which modern society functions.

“The CAREER award shows strong recognition by leading experts in science and computing in the U.S. for the research and education that I have been endeavoring to pursue at IU,” Xing said. “The Internet of Things cloud is one of the key pillars of the foundation upon which modern IoT systems rest. Newer IoT devices take advantage of the much-less studied, managed PaaS and IaaS IoT cloud services, which offload much of the security responsibilities and deployment burden to the public cloud providers.

“The objective of this project is to protect modern IoT cloud systems from cyberattacks. The outcomes of the proposed work will establish the foundational scientific theory, security principles, and practices that define the field of IoT cloud security.”

Techniques and tools to be developed in this project will be used by IoT developers, security analysts in industry, academic researchers, and a wide range of students. The techniques will foster research connections between system security, formal methods, engineering, and the open-source community. The project will significantly contribute to the development and adoption of formal methods to real, large-scale, complex systems. The integrative education components of the effort include the development of course modules and hands-on attack/defense labs for an undergraduate course and two graduate courses at IU, as well as training materials for the IU Capture-the-Flag team that Xing supervises.

Xing’s research will characterize the challenges imposed by the nature of IoT cloud systems, which require large-scale distributed trust management and secure support of emerging IoT computing paradigms such as IoT interoperability, which preclude direct application of solutions devised for general-purpose systems.

“We will address research tasks, including formalizing the threats concerning the emerging paradigms of IoT

interoperability to conduct novel attacks while formally verifying the security in IoT cloud systems and protocols; exploring and understanding emerging cyberattacks leveraging misconfiguration of cloud IoT policies by device manufacturers; and developing innovative formal modeling and verification approaches to elevate security assurance of policy specification and cloud-based IoT deployments,” Xing said. “Through these thrusts, this project will produce new foundational understanding and methods to safeguard modern and the next generation of cloud-based IoT systems.”

The CAREER Award is worth more than $550,000. Xing earned his Ph.D. in security informatics from the Luddy School in 2017, and his research focuses on security analysis and data privacy/protection/governance in systems.

“We’re certainly extremely proud of our faculty, and CAREER awards are tangible recognition that our pride in our researchers is not misplaced,” said Kay Connelly, associate dean for research at the Luddy School. “Luyi’s work will play a critical role in improving security for emerging and growing systems, and it reinforces the Luddy School’s reputation as being an institution that is a leader in building tomorrow.”

Reposted with permission, original can be found here.